Did you or a neighbor raise any corn in your garden?  Well don't throw the stalks away; You can use them to make corn shocks! Corn shocks are most commonly used these days for displays at markets or roadside decorations but back in the old days their purpose was a little different. 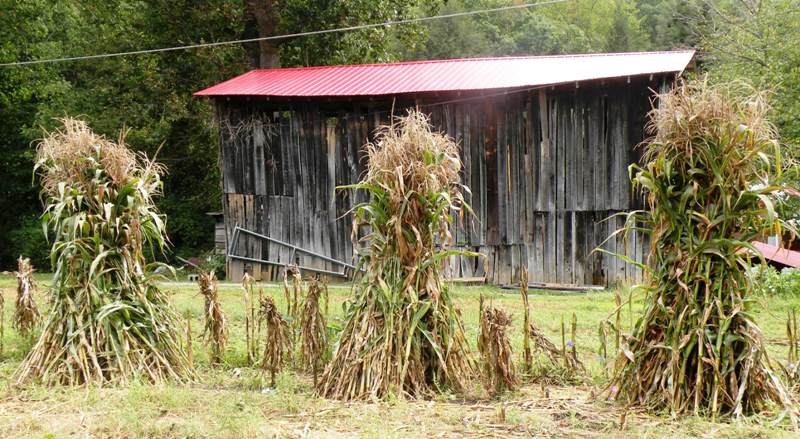 What is a corn shock? A corn shock is a bunch of corn stalks bundled together, tied up, and dried.

Large corn shocks like the ones in the picture to the left, used to be a common site in fields.  The purpose of bundling corn stalks together was to effectively dry the stalks for harvesting before mechanical harvesting was invented. 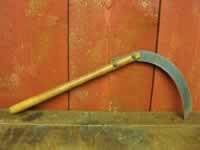 How to make your very own a corn shock:

1. Wait until the bottom leaves of the corn are dead before you start to harvest them.  There should still be moisture in the stalk when it is cut.

2. To make cutting easy, use a machete or really big knife called a corn knife.  A corn knife has a curved blade which makes it easy to cut the corn.  Use this knife to cut the stalk at its base.

3. You can bundle the stalks around an upside down tomato cage or just bundle them together, pulling the lower ends of the stalk out to make a more secure base.  If you are making a very large shock it is better to make it around a pole.

Tie the stalks together about a fourth from the top with twine.  Be sure to tie them tight to withstand the elements. 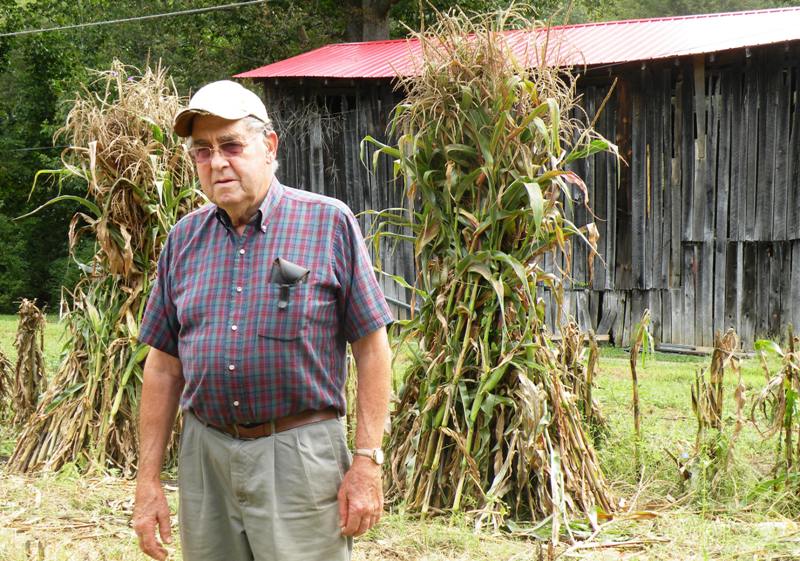 My sweet Dad, Wayne Suddreth, made some corn shocks for me to use in this blog. However, he told me when he was young this process was called "pulling fodder and cutting tops".  That meant the farmers would take a few more steps and cut the lower leaves and the tossels off of the corn stalk. Those were fed to the animals at that time and the stalks were dried out so the animals could feed off of them in the winter.