Fly-fishing, also known as angling, actually began in the Northern Appalachians, in the Catskills to be specific, but as the sport gained popularity in the roaring 1920s, Southern Appalachian fly-fishermen took the art of fly-tying to a whole new level. The mountain streams that flowed cold and fast, perfect for a variety of mountain trout, helped propel the sport in the Blue Ridge and Great Smoky Mountains.

In traditional fishing — most often done on open bodies of water like lakes, rivers and seas — you cast a line with a heavy lure. This hunk of metal limits how far you can throw your line. When the lure hits the water, it sinks, carrying with it a hook with bait. A bobbin, an air-filled plastic ball, floats on the surface. When the bobbin dips under the surface, you’ve got a bite. 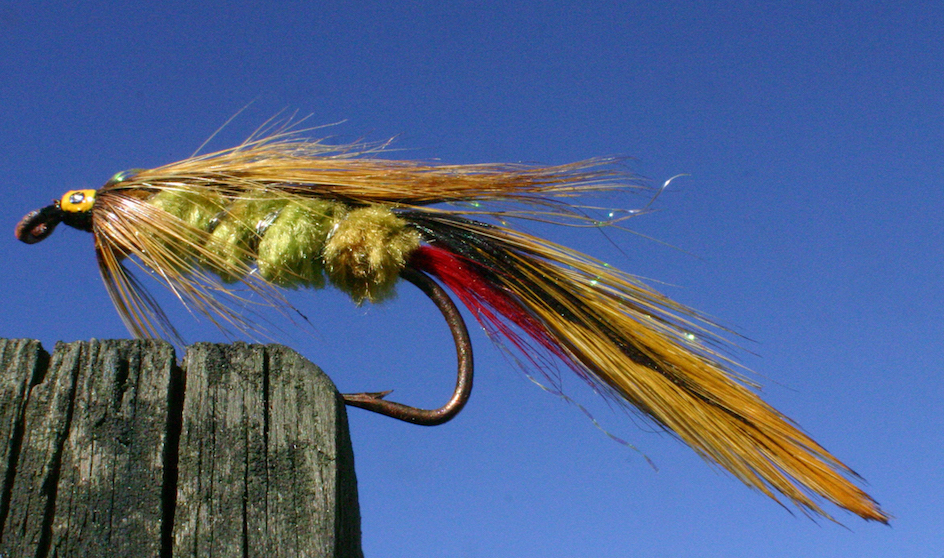 In fly-fishing, you don’t use a heavy lure. Instead, a heavier line and a fly — originally, a decorative imitation of an insect — work together to direct the hook where you want it to go. Because the line travels straighter and truer when you cast without a heavy lure, you can place the fly anywhere you want in the rushing water of a stream, at least with practice.

The way flies resemble insects — and the way they move on or in the water — trick fish into believing they’re alive and edible. The best flies aren’t necessarily the most ornate; they’re the ones that catch the most fish. For decades, flies resembled specific insects that fish like to eat, like mayflies, grasshoppers or dragonflies.

While casting the line and knowing where to drop your fly defines the sport, it’s the art of fly-tying that has innovated it. Flies have become more and more elaborate over the decades, put together with thread, feathers, hair, beads, wires and even synthetic material. And the predominant color for effective flies in the Appalachians is yellow.

You can find manufactured flies today, of course, but initially, every fly was hand-tied. Every fisherman had his favorite fly, and some had a fly for different conditions or locations. Fly-tying, then, became the more renowned skill than casting, and the inventor always got the honor of naming the new fly.

The Sheep Fly. The Royal Wulff. The Tellico Nymph. The Yellowhammer. The Adams Variant. The Thunderhead. The Jim Charlie. The Sulphur Spinner. The Hair-Wing Coachman. The Hot Creek Special.

These are all names of specific flies first tied by Appalachian fishermen. Today, you can find a multitude of books about fly innovators like Fred Hall, Bill Everhardt, Don Howell and many more. What you won’t find are many locals who don’t fly-fish. Mr. Howell’s son Kevin, in fact, went on to open the Pisgah Forest, NC, fly-fishing business Davidson River Outfitters. For the best fly-fishing poles in Appalachia, look in on Trout Cruisers Unlimited in Hominy Valley, NC.

Trout Fishing in the Southeast

The Southern Appalachians is still a popular destination for fly-fishing for trout. Rainbow trout, brook trout and brownies have flourished in remote streams from northern Georgia to eastern Kentucky. Even today, while sediment pollution from farming and construction threaten streams near and far, the trout have survived, and so has the sport of fly-fishing.

So bring your rod and reel, your hip waders, your tackle box and your favorite flies to the Southern Appalachians. Davidson River Outfitters offers guide services in addition to great products. The Great Smoky Mountains National Park sells a four-hour instructional video. Explore the best fly-fishing spots in the country or start from the beginning to learn the basics.