Sunflowers offer beauty and nutrition from a single flower.

They grace the yards of neighborhood gardeners and grow wild in mountain fields. They adorn everything from shower curtains to summer dresses. They usually evoke big smiles. And in 1987, an anonymous buyer forked over more than $39 million for a Vincent van Gogh painting of them. Of course, we’re talking about sunflowers. 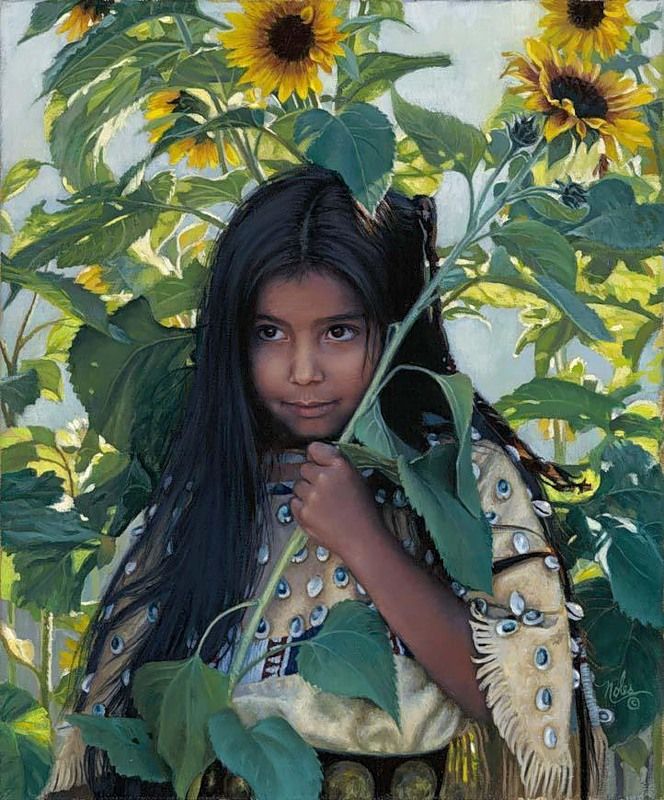 The wild sunflower is native to North America. The commercial sunflower is an annual plant, however, that needs replanting each year. According to the National Sunflower Association, American Indians first harvested sunflowers out west in what is now Arizona and New Mexico as long ago as 3000 BC.

Indians in the Appalachians and throughout the country used ground sunflower seeds to make flour for cakes, mush and bread. Many tribal cooks mixed the flour with vegetables like corn, squash and beans. When cracked open, sunflower seeds are nutritious snacks, and when pressed, they make an exceptional source of cooking oil. 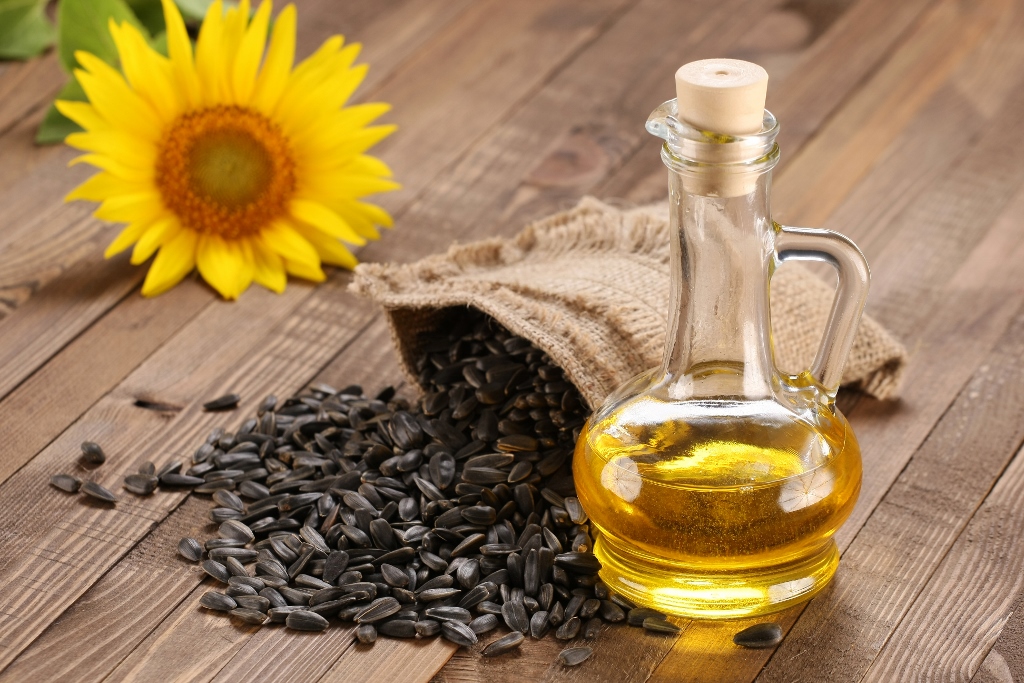 Some parts of the plant could be used as medicine to treat snakebites. From the oil, Native Americans made dye to treat fabric and to create facial markings. Indians used sunflower oil in their hair and the stalks of the plants as building material. The stalks and seeds from sunflowers also played a role in many Native ceremonies. Native Americans openly traded their stock of and skills with sunflower seeds with the Europeans who moved through their territories.

Round the World and Back Again

The early Spanish explorers took sunflower seeds home, where the plants gained popularity as an ornamental addition to European homes and for medicinal uses. An English patent was granted in 1716 for the process of squeezing oil from sunflower seeds. The Russians played a big role in sunflower growth and oil production; they are credited with the widespread commercialization of the seeds. 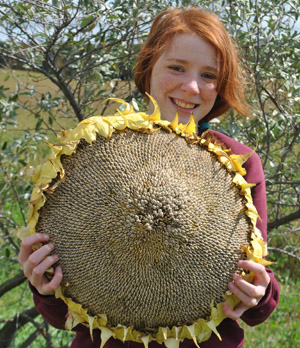 The large, beautiful flowers made their way back to the U.S. by about 1880 when commercial production really took off. Seed companies advertised the “Mammoth Russian,” which is so popular it’s still being offered today. Plant historians credit both the Native Americans and the Russians with the popularity and uses of sunflowers.

Sunflowers are easy to grow, especially in the mild climates found in the southern Appalachians. They are also drought and heat resistant. As long as they don’t get waterlogged, they will give you many months of gloriously bright buds. They can grace your yard and make excellent cut flowers. The birds and the bees in your neighborhood love them as much as you do.

Plant sunflower seeds in the spring after the last freeze. Give them plenty of room to grow, in rows about 30 inches apart where they’ll get direct sunlight six to eight hours a day. Place the big seeds about one inch deep in the ground. If you stagger your plantings all through the spring and summer, you’ll get continuous blooms well into early fall.

Probably the biggest challenge for growing sunflowers is keeping the critters away. Squirrels, birds and deer find sunflowers so tasty and tempting. If animals start eating your seeds, cover the flowers with a net or build protective fences to surround your plants. Luckily, no bugs other than moths take much to sunflowers. You should remove any worms from the center of the flower when you see them. Otherwise, simply enjoy the beauty that sunflowers offer.

“Keep your face to the sunshine and you cannot see the shadow. It’s what sunflowers do.”
—Helen Keller