Native and transplant Appalachians alike agree that the best way to go through life is to share. We share our bounty and our hand-me-down recipes. We share the road and share the trails. And, to stay safe and mountain-friendly, we share our space with humans and critters alike -- including bears.

You may see bears roaming mountain cities and towns, but that’s usually only by accident or when the bears are hungry or thirsty. They are great hunters and foragers, so, more often than not, their appearances in your yard or in the neighborhood park are due mainly to drought or food shortages in their forest habitats.

The Myth and the Magic 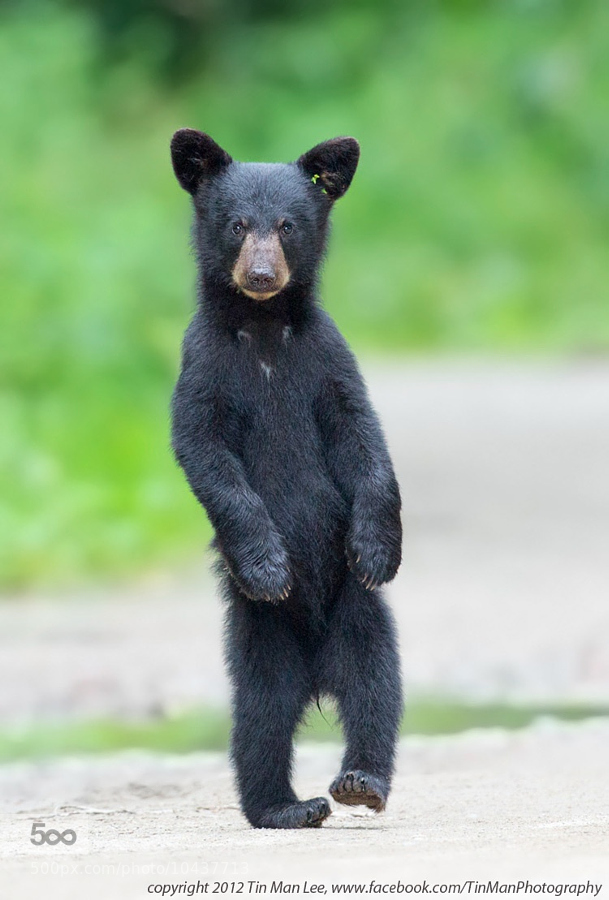 Ancient peoples and even some modern cultures all over the world have created a special, sometimes spiritual, place for bears in their communities. Many worshipped bears. A prominent Northern Hemisphere constellation, Ursa Major, was named after a bear. Northern Europeans and Native Americans, as well as the Chinese and Russians, have given homage to the hairy beasts. In traditional cultures, bears tend to symbolize one or more recurring themes: 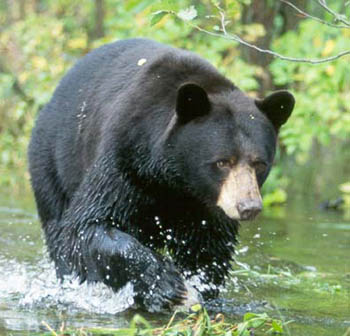 Bears, which belong to the Ursidae family, are believed to have evolved from a dog-like ancestor about 30 to 40 million years ago. Eight major species of bear exist today, but only three live in the continental United States. And just one -- the Black Bear (Ursus Americanus), lives in Appalachia.

The Black Bear is smaller and generally less aggressive than the Grizzly Bear found in the western states. Large-scale deforestation drove down Black Bear numbers, and the population declined all the way through the 1960s. But today, Black Bears are the only type of bear whose population is on the rise.

Black Bears are essentially solitary creatures. They subsist mainly on berries, grasses and roots, although they also eat fish and carrion. Occasionally, they’ll hunt dear and larger animals. They tend to wander a specific area, hunting and looking for food. An adult Black Bear male normally lays claim to a 15 to 80 square mile territory. 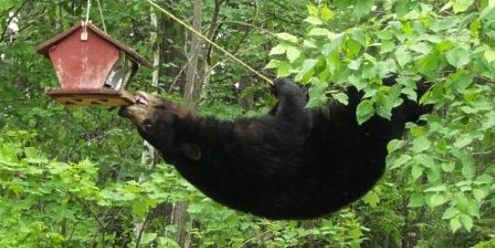 Humans have a long and storied relationship with bears. We’ve feared, respected and admired the large mammals for a very long time. And while bears don’t necessarily favor mountainous regions, they found that the heavily wooded areas with a variety of flora and fauna in the Appalachian Mountains provided a safe haven, as families moved across the country, leveling more and more of the flatland forests.

When the early Appalachian settlers encroached on the bears’ habitat, the animals raided the settlers’ crops. In retaliation, the settlers hunted them down, driving the bears deeper into the woods. Bears suffered equally from being used as a trading commodity for their meat and furs.

Recently, conservation and government groups have led successful efforts to stabilize the Black Bear population in the Appalachian region. For example, about 2,000 Black Bears currently live in the Great Smoky Mountain National Park, whereas about 40 years ago, that population had almost disappeared. The bears have returned due to careful and deliberate preservation policies.

Today, the Black Bear population is flourishing in the Appalachians. While they are usually timid, solitary and nonaggressive towards humans, people sometimes practice unsafe behaviors —tossing food to bears or leaving food out in the open, tempting bears to forage. This encourages confrontation, which rarely ends well for the animals involved. If you see a bear, make yourself as big as possible and make loud noises to scare the bear away. That’s best for you -- and the bear.