A stunning visual display on the run

Rhododendrons bloom in the spring, but exactly when the best time to find them depends on the weather, temperature, elevation and soil conditions. In other words, the flowers rarely appear at the same time every year. This variability has given birth to the phrase “chasing the bloom,” in which flower enthusiasts and floral tourists track the flower as it first appears in different parts of the mountains. 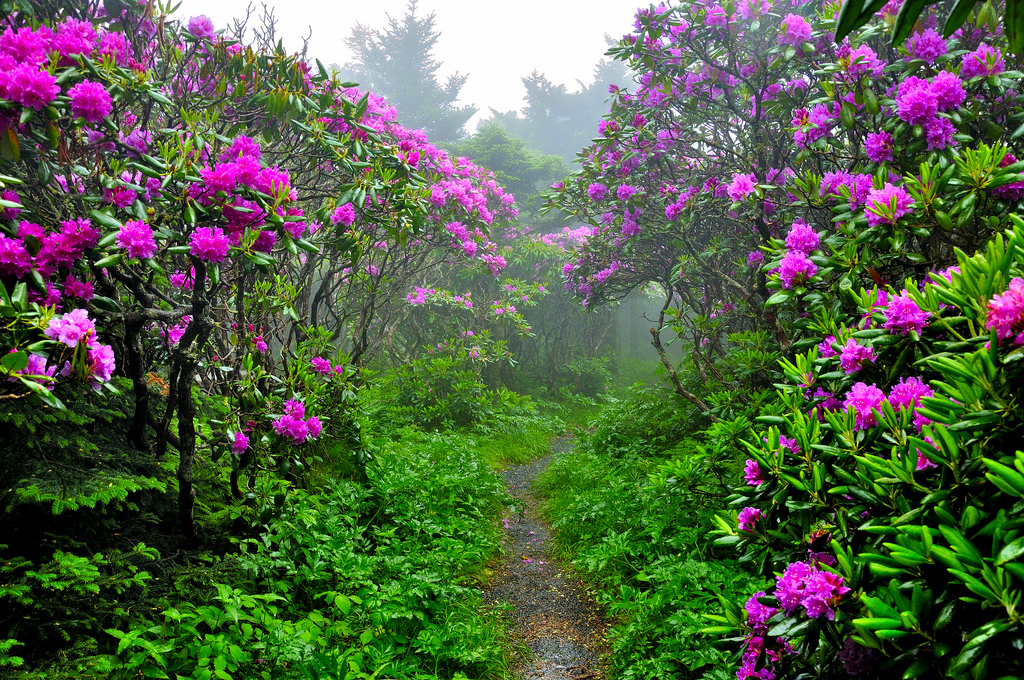 Chasing the bloom is the botanists’ version of birding expeditions. Unlike birds, the plants don’t migrate, but the blossoms do, in a sense. Since the rhododendrons’ colors are most vibrant when they first blossom, finding them is a time-sensitive matter. Too early, and you’ll find no flowers. Too late, and the flowers will have faded. 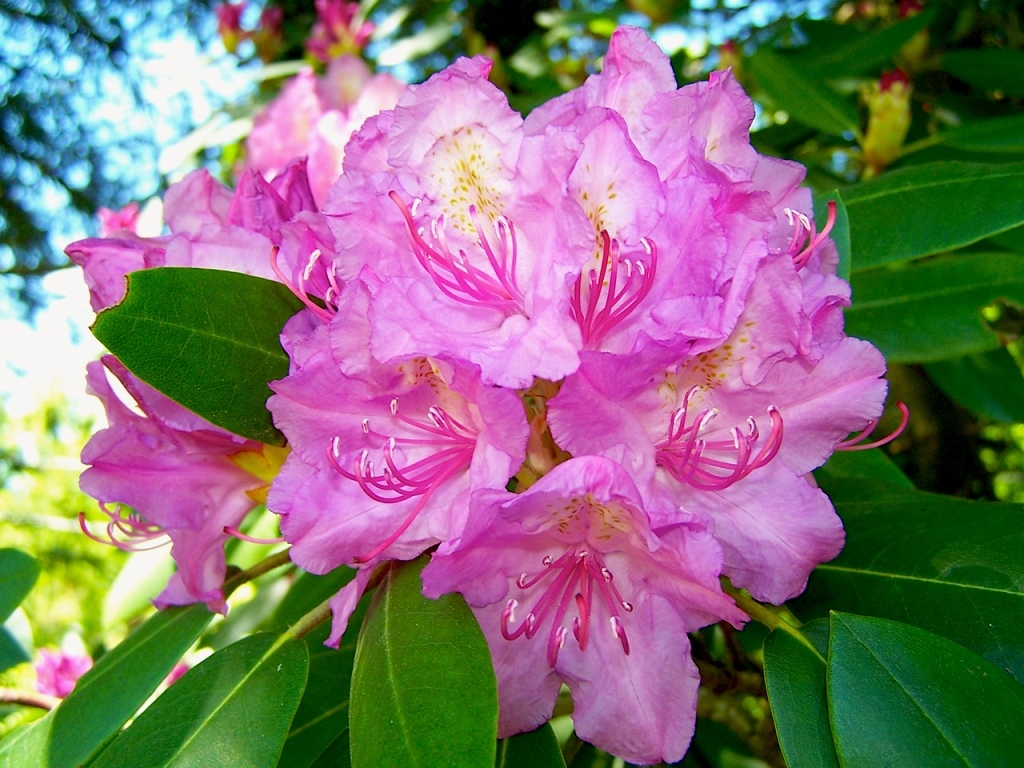 A brilliant flowering shrub-tree, the rhododendron has more than a thousand species, although only 27 (including azaleas) are native to North America. In the Southern Appalachians, they can grow to 25 feet or higher. The deciduous varieties common in the Central Appalachian Mountains flourish in the higher elevations and cooler temperatures.

Rhododendron blooms range in color from white to yellow, pink, orange, red and purple. The colors come from the species, not the weather. In the Appalachians, the early arrival of the colorful blossoms is a harbinger of spring, a welcome and beautiful sight after a mountain winter.

Different rhododendron species bloom at different times of the year, normally from late March to late June. Temperatures and other weather conditions can trigger an early season or a late season, while different rhododendron species typically blossom at different times. It’s all part of the thrill for those chasing the bloom, but the rewards are the exquisite colors and fresh scents of the flowers.

The first flowers typically appear in late March in northern Georgia, from Atlanta to the Southern Appalachian Mountains. The blooms then start popping out in South Carolina and into North Carolina, following the Blue Ridge Parkway into Virginia. The colorful spectacle even spreads into eastern Tennessee, Kentucky and Pennsylvania.

The further south you get and the lower in altitude, the earlier the flowers bloom. The flowers with the most dazzling colors, though, appear in the mountains. The Blue Ridge Parkway, which runs through the Appalachian Mountains from southwestern North Carolina up into Virginia, provides excellent vistas for flower-chasers.

In early April, the southern end of the Parkway is ablaze with brilliant hues. Nearby, in the Great Smoky Mountains National Park, the rhododendrons at the lower elevations flower in April to early May, but the higher elevations don’t show their color until June. Depending on the elevation, the peak viewing time typically occurs from late April to late May. The flowers appear earlier in the southern reaches of the Appalachians, so Pennsylvania often doesn’t see rhododendrons until June or even July.

Your experience may vary, but now that you know the primary variables — temperature, elevation and date — you should be able to chase the bloom yourself. Alternatively, if you move to the Appalachians, you’ll experience the rhododendrons blossoming year after year because no matter when they bloom, you’ll be here.

Of course, if you’re a gardener, you can buy rhododendron bushes or trees to transplant in your own yard. Many garden shops throughout the mountains have rhododendron varieties for sale. While the plants are hardy, do your research to make sure you live in a region favorable to these plants. Give them what they need, and they’ll give you what you need (without having to chase them) every spring.