She’s a mother and nature advocate, too.

In 2011, Jennifer Pharr Davis became the fastest person (man or woman) to through-hike the Appalachian Trail (AT). By averaging 47 miles a day — which, at three miles an hour, is more than 15 hours a day — she completed the 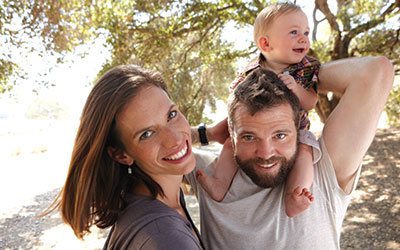 2,180-mile journey in 46 days, 11 hours and 20 minutes. For that accomplishment, she was named a 2012 National Geographic Top Adventurer of the Year, one of 10 to be so named worldwide.

You could argue, however, that she’s accomplished even more than that since then. First of all, she became a mom to daughter Charley in November 2013. She’s toured the country with Charley and husband Brew, speaking at universities, corporate events and even a TEDx talk at Wake Forest University. In all, she’s given an amazing 334 talks in the past 18 months. And of course, she’s hiked — with her family, her friends and through her company, with strangers.

“The Trail Was My Business School.” 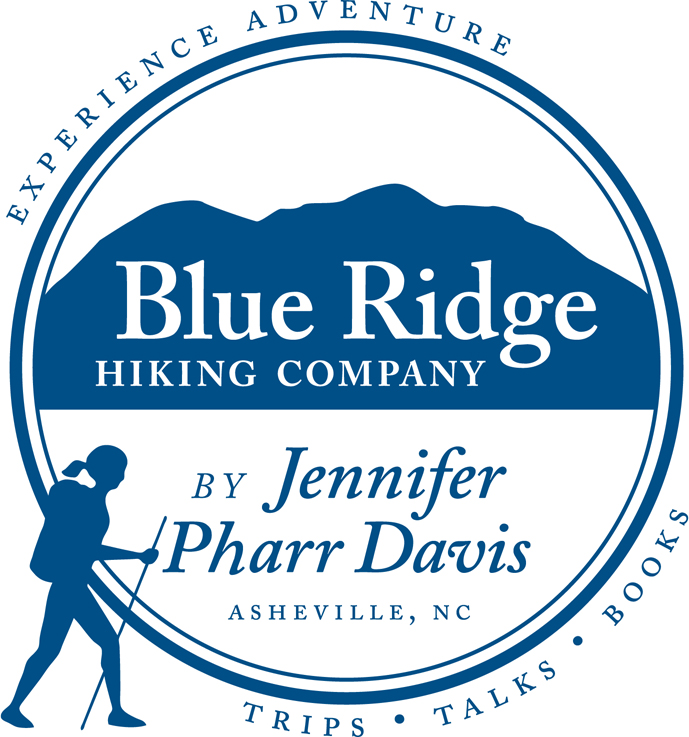 Jennifer started Blue Ridge Hiking Company (blueridgehikingco.com) in 2008, back before the idea for the fastest hike had even taken hold. By then, she’d hiked the AT, as well as several long international hikes. She decided to start the business because hiking was her passion. She wanted others to share in the joy of an active outdoor lifestyle.

“Anyone can hike, “ she says, and she means it. “Hiking trails are accessible everywhere, and they’re totally free! When we traveled on the book tour, Brew and I made a point to hike everywhere we stopped. And we did.”

Blue Ridge Hiking Company offers private hikes for individuals and groups. It employs 10 guides to take people from all walks of life, including minorities and those with special needs. There are custom half-day hikes, full-day hikes, and multi-day hikes. The company’s guides are mostly women, which Jennifer says was not on purpose.

“But women more than men need to overcome the emotional obstacles of getting out on the trail. For long hikes, there’s the fear of being alone and the guilt of being away from the family. And then how do you deal with your period?” She laughs. “Women — and men — need to talk about that!”

A driven athlete and businesswoman, Jennifer wants to be a role model for everyone, but especially to young women looking for someone to emulate.

“The Trail is empowering,” she says. “The through-hikes taught me to be less judgmental and more self-aware. The experience redefined my sense of beauty. For example, since I had no mirror on the trip, I couldn’t tell what I looked like, but my experiences with other hikers made me feel beautiful.” The hikes enhanced her self-worth.

Those are the lessons what she wants to impart. Disconnecting from electronic devices for a day — or just a half-day — is a blessing. Seeing yourself as a part of nature, not apart from nature is a revelation. Ultimately, she believes, it’s not what you do on the trail, but what you give back. Hikers form a community that provides tremendous support. That support is available to everyone who hikes.

While she continues to hike, making 80 trips in the past year into national parkland, she and Brew have decided to spend more time at home in Asheville. They’ll still get outdoors, but it sometimes can take an hour to go 100 yards with a toddler in tow.

“It’s still a hike.” She claims with a laugh.

Jennifer has written five books: three trail guides and two memoirs (Becoming Odyssa: Adventures on the Appalachian Trail, Beaufort Books, 2001, and Called Again: A Story of Love and Triumph, Beaufort Books, 2015). She says she’s sold about 15,000 copies, but she’s never satisfied. She’s working on a children’s book now that she hope s to publish later this year. It will feature illustrations from a sibling, making it a family affair.

Stay tuned. This is one fearless woman, and she does what she says she’ll do.