Cover Your Head in Style

Hat trends from past to present

Hats are hot! What may serve as a must-have cover-up to keep your face shaded from the damaging UV rays of the sun actually may be one of the hottest trends for Southern women in 2015. Big brims, low-hanging bucket hats and hats in 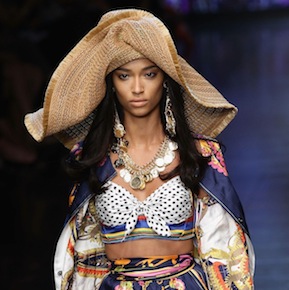 outrageous new shapes and sizes were all the rage on the fashion-forward runways this year.

And while hats have played a role in both function and fashion for centuries for Southern Appalachian men and women, they never made a big hit when hair was big and hair products were brash. (You wouldn’t want to crush that beehive or squish that carefully crewed cowlick with a hat.) But hats are back in 2015 just as hairstyles are trending toward more natural looks. And those hats are being shown in a variety of new colors and materials.

The first noted picture of a hat comes from a wall painting in Thebes from 3200 B.C. It’s a picture of a man wearing a straw coolie hat, one that remained popular as a lightweight protective covering when working the fields in the hot summer sun. One of the first instances of a fur and leather piece-work cap (from 70 B.C.) was discovered in a Danish archeological dig.

Italian hat-makers were dubbed “milliners” in 1529 due to the fantastic headpieces that were coming out in Milan. Haberdashers were creating straw hats in a variety of shapes and sizes. John B. 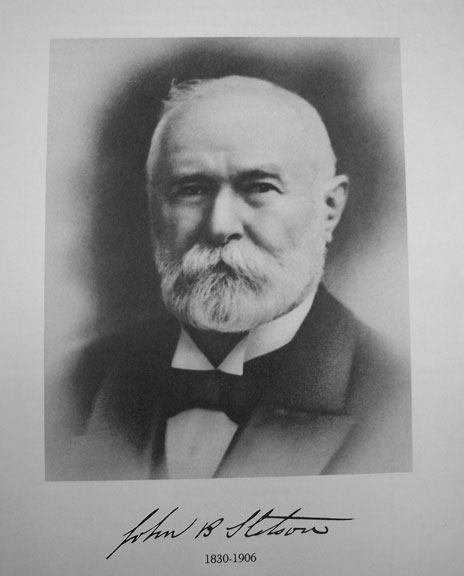 Stetson developed his first hat, which he called the “Boss of the Plains,” after crafting a hat while sitting around a campfire out west in 1865.

And 1875 saw the first incarnation of the famous Kentucky Derby hat extravaganza where women were thought to be “naked” without an over-the-top flamboyantly embellished hat. That same parade of creative hats continues in horse events nationally, such as at the Brick House Steeplechase in Tryon, North Carolina. (See a related Steeplechase story.)

Hats went out of favor as fashion statements for a few generations until 2011 when Kate Middleton fashionably displayed her haberdashery in her Royal Wedding to Prince William, putting hats squarely back in the limelight. The popularity of shows like Downton Abby and Mad Men also has helped to spur the grand hat resurrection.

Some of the styles highlighted on the 2015 spring runways include hats that Southern Appalachian men and women surely will appreciate out in the sun. So don a stylish hat when you go hiking, shopping, working in the yard or just lazing along a cool river.