The Wildflowers of Spring

Whether you plant them yourself or not, the wildflowers of the Appalachians give visitors and natives alike a glorious beckoning of warmer, brighter days to come. Enjoy viewing these buds as they bloom around the mountains in the earliest parts of spring:

The early white flowers of the Bloodroot are a sure sign that spring is on the way. Once the flowers leave, the bold, green leaves persist throughout the spring and summer growing seasons. The plant is toxic, but you can use it on your skin to treat warts like the American Indians did, or use it to decorate your skin. It may even work as a love potion. Lore has it that unmarried men from the Ponca tribe applied it to their palms before shaking hands with the woman they intended to marry. Supposedly, within five days, the young woman would say “Yes.”

This violet-colored flower blooms in April in the open, dry pine forests throughout the Appalachian Mountains. It typically only grows to about six inches tall. You might see this fragrant beauty in single spots or grouped in large bunches. Native Americans used the root of the iris as a laxative, but it can poison livestock sometimes. Greek mythology refers to Iris as “the goddess of the rainbow.” It was said that whenever a rainbow appeared, Iris was on a mission to bring a message from Olympus.

The Larkspur usually appears as a deep blue violet blossom, which stands out among the early bloomers. It also shows up as variegated blooms of white petals with violet spurs or as pure white with green tips. Each color has its own special beauty in the early days of spring. The plant grows to a height of about two feet with anywhere from eight to 14 flowers on each stem. The Hopi Indians used the dark blue flowers to create a blue dye for clothing and face paint. Larkspur is another poisonous plant. 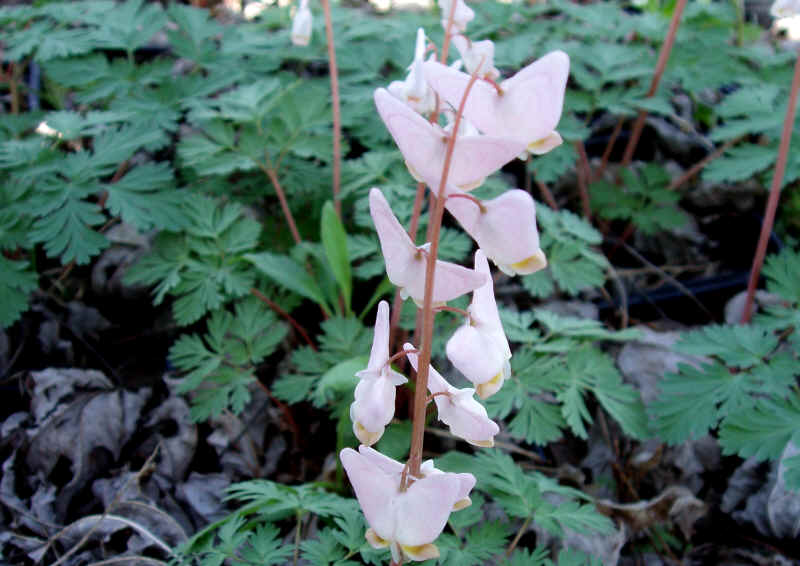 The Dutchman’s Breeches is one of the earliest bloomers, coming out in March in many mountain locales. The heart-shaped pink and white blossoms are very showy, but disappear by early summer. This plant grows to about 10 inches and has a naked stalk, with no leaves. The name comes from the way the blossoms hang; they look almost like a pair of pantaloons hanging upside down. Dutchman’s Breeches also sometimes are called Little Blue Staggers because of the plant’s tendency to induce drunken staggering when eaten by grazing cattle. The poppy-related wildflower is a toxic narcotic. 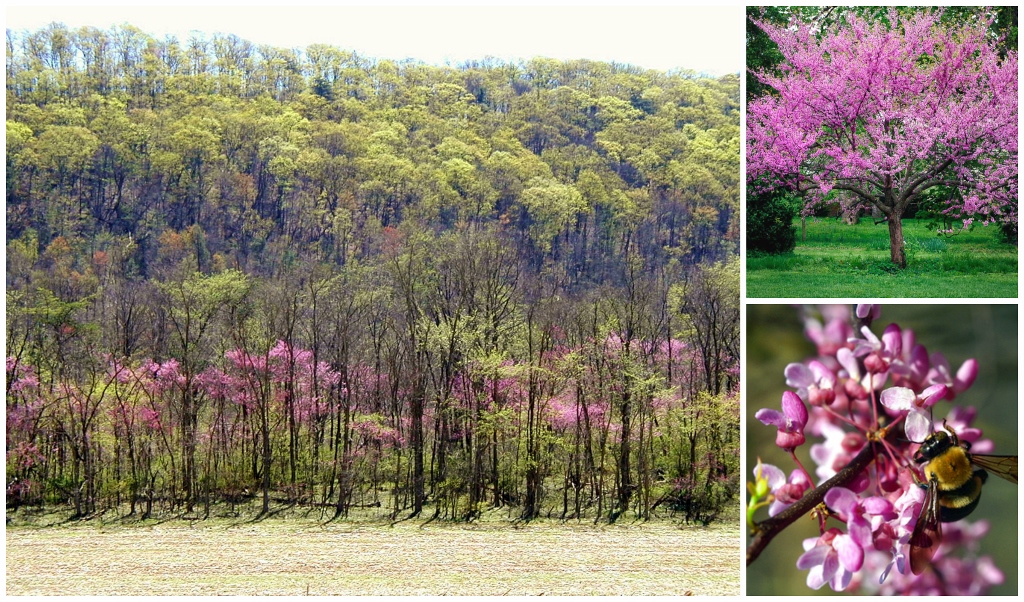 The Redbud is a 15- to 30-foot tree with a short trunk and a rounded crown of spreading branches. Its pink flowers cover the twigs in spring. The blossoms grow in tight clusters along the stems and branches of the tree to produce quite a springtime display. In some communities of Southern Appalachian cooks, the green twigs from the Redbud are used as seasoning for wild game. Venison and possum are treated with the flavorful spice, leading to its common nickname in the Appalachians: the Spicewood Tree. 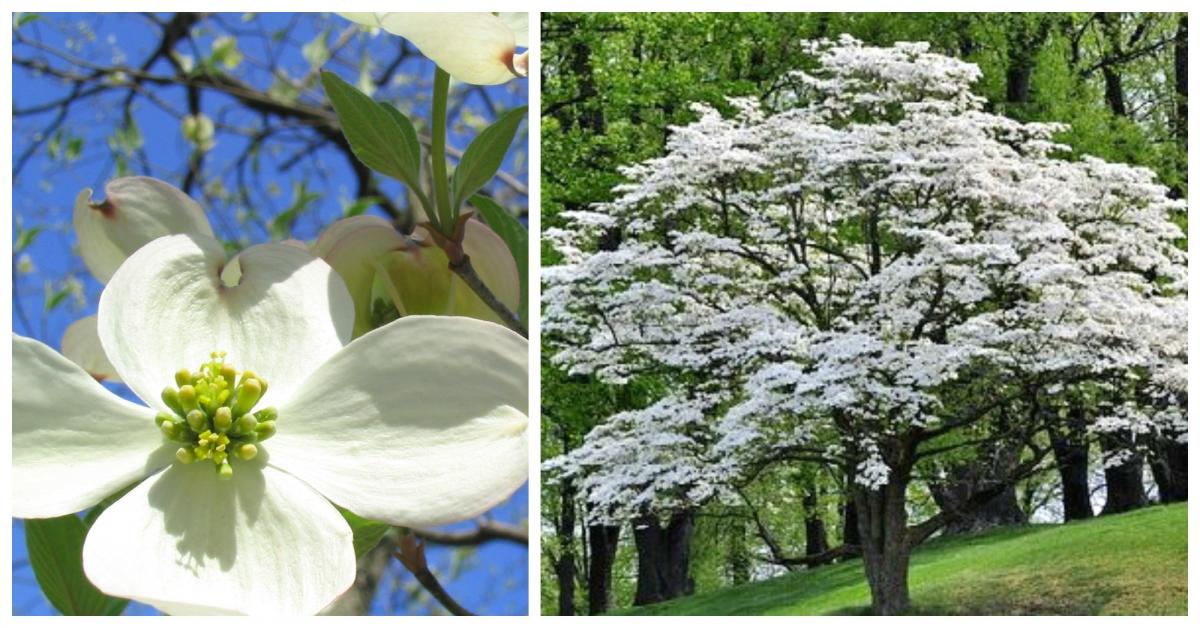 One of the most proliferous and common wildflowers in the Appalachians in spring is the Dogwood tree. The single or multi-trunk trees grow to heights of 20 to 40 feet and produce long-lasting pink or white flowers that bloom all through the spring into early summer. In the fall, the trees produce scarlet foliage and red berries. Native Americans used the aromatic roots and bark as a remedy for malaria. They also extracted the red dye from the trees’ roots. The Dogwood timber is hard and significantly shock-resistant, making it useful for making spools, mallet heads and jewelers’ blocks.

Oconee Bells are rare flowers that only grow in the Southern Appalachians. You’ll find them only in a few locations in the mountains of Georgia, North Carolina and South Carolina. They grow along streams in moist wooded areas, where they have inspired poetry:

Just a simple flower so small and plain
With a pearly hue and a little known name
But the yellow birds sing when they see it bloom
For they know that spring is coming soon.

(From "Acony Bell", by Gillian Welch and David Rawlings)