The Irish were among the first settlers of Central Appalachia; celebrate their culture!

Rock City — just outside Chattanooga, Tennessee — is a fun place to visit any time of the year. It features natural rock formations, gardens, a waterfall, animal shows, exhibits, and 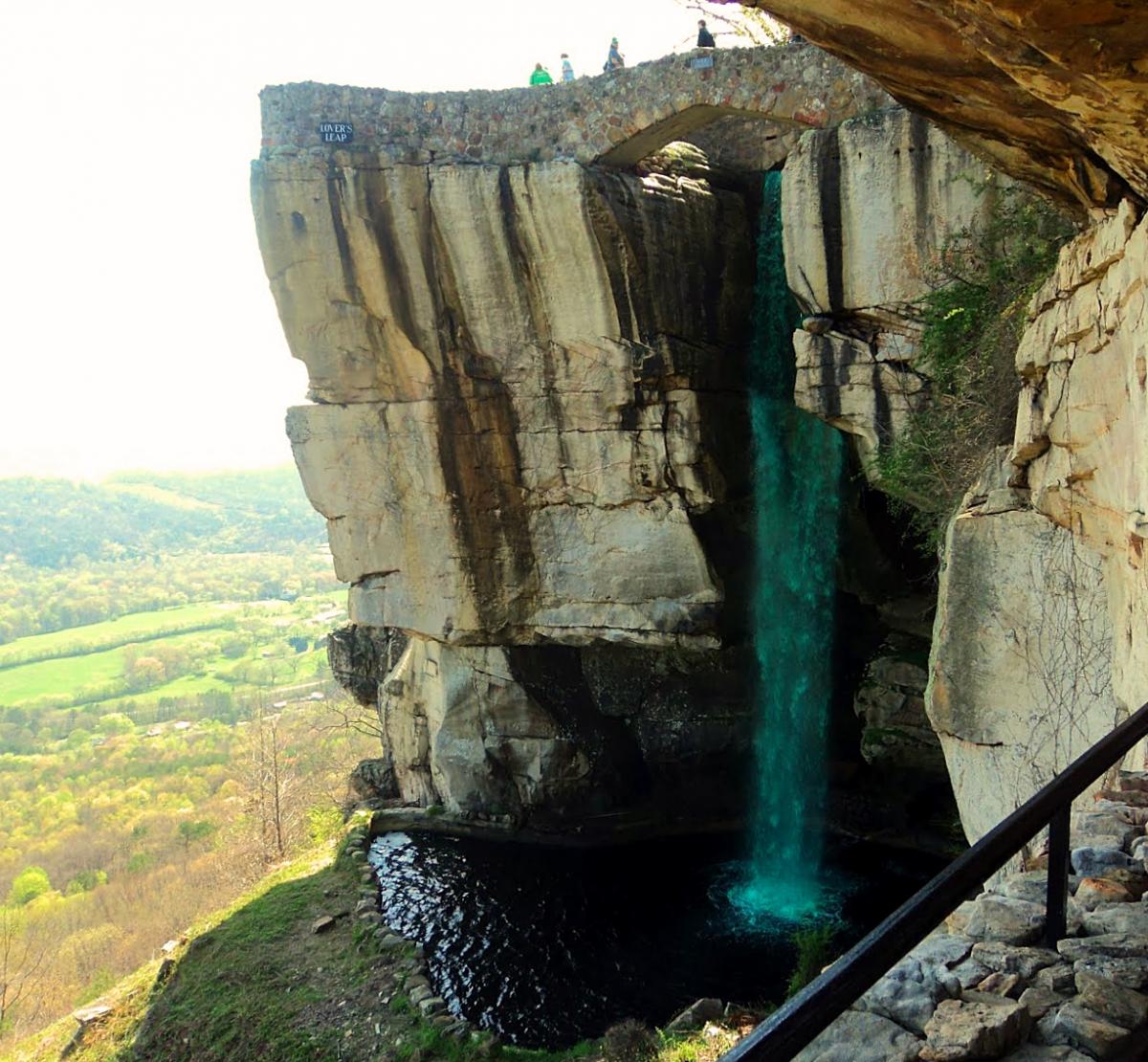 panoramic views from on top of Lookout Mountain. Kids and adults alike can enjoy Mother Goose Village, Gnome City and Fairyland Caverns. It’s one of those places you have to see for yourself to believe.

The park claims, “Each season, there’s a new reason to visit,” but it is especially true in March. For two weekends (the 7–8 and 14–15), Rock City transforms itself into Shamrock City. 2015 marks the eighth time for this annual event, and it keeps getting better. The Southeast Tourism Society has named Shamrock City a Top 20 Event.

The park’s St. Patrick’s Day celebration features live Irish music (as well as the similar Scottish, Celtic and Highlands music) at the “Pot of Gold” Pavilion, where you can watch traditional Irish and Celtic dance performances or learn how to dance the Irish jig yourself. In addition, the Chattanooga Pipe Band roams through the gardens all day, and you may run into other strolling musicians, entertainers and “costumed characters.”

Your kids will not lack for things to do. Besides taking in the sights and the shows, children will delight in special activities offered during the event. For a small charge, they can pan for gold (and other “magical goodies”), experience Lucky the Leprechaun Kid’s Adventure, have a go on the Kiss the Blarney Stone Climbing Wall, have their face painted and make their own candy necklace and “Lucky Lollipops.”

The park also offers Irish food at the “Pot of Gold” Pavilion and the Big Rock Grill. Specialty beer is available for those over 21. After all the activity, from walking to dancing to laughing, you’ll have worked up an appetite.

St. Patrick’s Day, held every year on March 17, began as a religious feast day celebration in honor of the patron saint of Ireland. The holiday has since gained international recognition, becoming over the years a celebration of all things Irish. There are parades, music, special foods, lots of whiskey and beer (some would say too much) and of course, everything dyed the color green.

A shamrock is a common three-leafed clover. The word comes from the Irish “seamrog,” which means “little clover.” The shamrock is important to Ireland and Irish history because, according to legend, St. Patrick used the plant to illustrate the concept of the Catholic Trinity. The plant has since become a national symbol for the entire country.

Normally, you can spend three or more happy, contended hours wandering through the park’s many winding paths. There are nature lessons, beautiful views and surprises around every turn. Take your camera, some water and some money, and get ready to walk. It’s not a strenuous hike and you can rest on benches scattered strategically throughout the park, but you should plan on spending most of the time on your feet.

The privately owned park is open from 8:30 AM to 5:00 PM every day. Tickets are $22.95 for adults $12.95 for kids aged 3–12, although it’s free for annual pass holders. If you’re passing through Tennessee on a Shamrock City weekend, take the time to stop in and behold the sights — like the green waterfall. You won’t see anything else like it.