It’s often difficult to turn an avocation into a vocation, but Barbara Carnes may have found the secret.

“I kept a full-time job and was able to experiment and perfect my craft,” Carnes says. “By letting growth go slow, I’ve

gotten so much better. I’ve made my mistakes and experimented until I got it right. And I was able to build a business in the process.”

Barbara Jane Carnes is finally putting herself first and following her bliss. From her mountain home-based workshop, she turns out beaded jewelry and ornaments that are getting rave reviews from her Etsy store customers. She travels to art shows when she can and is happy with the online store process. You can purchase Carnes’ jewelry through the Simply Appalachian store. She was the first to sign on to the online magazine’s shop and is eager to see that blossom as well.

“I don’t want a brick-and-mortar store,” Carnes says. “I’m really excited about the future through Etsy, at more art fairs and through the magazine. I love what Becky Rogers, [editor of Simply Appalachian] is doing; I think we are both going to do great things.”

Carnes didn’t always know that she was an artist. Growing up in a family full of art-focused people, she was raised with “crafting in my blood.” But it took time. “I couldn’t even sew a button on straight,” she says.

After receiving an ornament-making kit from one of her sisters, however, she got the bug. “I took to the beads and wires naturally,” Carnes says. Beadwork not only provides an income now, it gives her peace and fulfillment. “I can have the worst day in the world, but when I sit down with my beads, I’m so happy. Nothing else matters.”

Proof Hangs on Trees Around the World

Carnes’ site at SnowflakeStudio59.etsy.com has proven to be the most profitable for the Asheville artist. “It’s really taking off,” she says.

The stunning, colorful beaded snowflake and 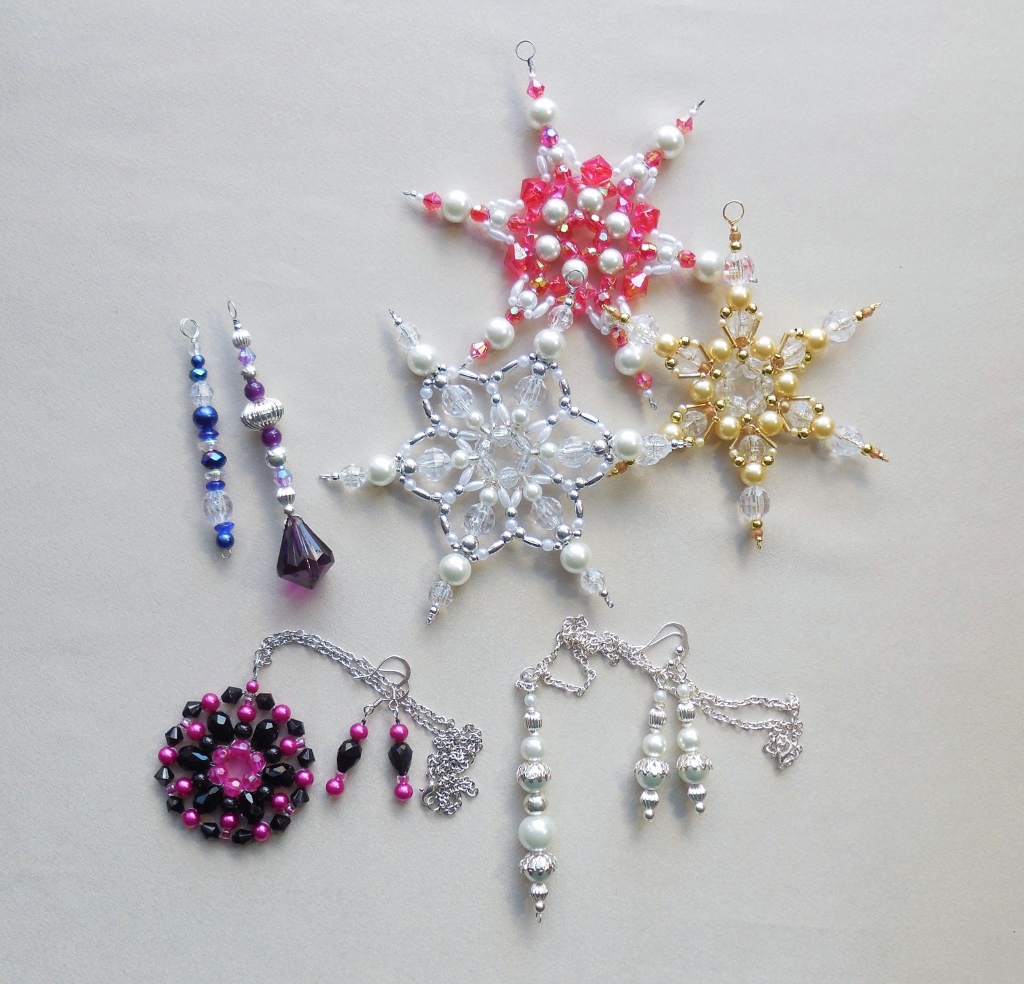 teardrop ornaments are well-received by her customers, who often turn around and order a dozen more after getting one through the mail. It’s those customers that give Carnes the courage to contemplate a life devoted solely to beads.

After years traveling the world for a corporate gig and selling cars for more than a decade, she’s ready to reinvent her life once more. She’s taken care of others for most of her 55 years. After her father died in August 2014, her brother and sisters are urging her to focus on what she wants most.

And Barbara Jane’s Beadwork and Snowflake Studio are what she wants most. All the pieces she creates are custom-designed, one-of-a-kind — and surprisingly affordable. Her beadwork excites and thrills her; they’re what get her juices pumping. Sometime in 2015, Carnes will take the next step to concentrate on her beads full time.

“The reviews are very humbling,” she says. “But they are the main reason that’s pushed me to go full time. It’s my driving force.”