The northern hills of Georgia, shining bright with the blue ridges of the southernmost tips of the Blue Ridge Mountains, is not necessarily known as a hotbed of blues music. But in its day, Macon and other Georgia towns were just that. And no one delivers the blues from the Blue Ridge better than Georgia native Robert Lee Coleman.

The blues you hear coming out of Georgia is sometimes called the “mountain cousin” of the Delta blues, from down Mississippi way. It’s a very distinctive sound that merges the European with the African sounds born from mixing the workers that built the railroads, the camps that formed around the mines and the rural settlements that dot the Appalachian landscape.

Robert Lee Coleman was born in 1945 in Macon, Georgia. He watched his stepdaddy play guitar on the front porch and in church. He began his career in 1964 when he joined up with Percy Sledge, travelling the world as one of the Sledgehammers. He later joined James Brown’s tour before returning to his roots in 1972. A few of the legacies he left on Brown’s recorded tracks include his signature riffs on such tunes as “Make It Funky” and “Revolution of the Mind.”

Blues music is not always associated with the Appalachians, but Macon also was home to Little Richard, Otis Redding and the blues/rock band The Allman Brothers. Coleman carries on the blues traditions, joining the ranks of other famous Appalachian blues musicians like Pink Anderson and Doc Watson, Etta Baker and Leslie Riddle.

Coleman, along with other blues legends sometimes forgotten in the “new South,” is being given a new platform through the work of Tim Duffy and the Music Maker Relief Foundation. The nonprofit organization was formed to help and promote what Duffy calls the “true pioneers of Southern folk music in the American South.”

Recipients of Music Maker funds must be musicians 55 or older who are rooted in a musical tradition. Their income must be lower than $18,000 per year. Through the foundation, they receive monthly stipends of about $100 for food and medicine. And even better, they get the opportunity to work, playing for pay, recording CDs and bringing audiences out in grand style. 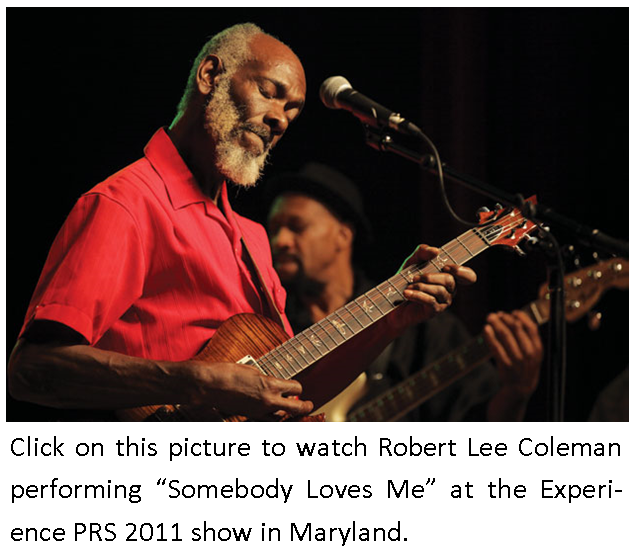 Coleman was the headliner at the Mars Theatre in Springfield, Georgia, in June 2014, thanks to the Music Maker Relief Foundation. And last October, he played at the Cox Capital Theatre in Atlanta with Mudcat and the Atlanta Horns. Coleman is working on a new CD, and he’s moved into a new home in Macon. He appears at many local blues and jazz festivals around Georgia and tours with the Music Maker Revue throughout the United States.

Duffy appreciates the Appalachian origins of the likes of Robert Lee Coleman and believes that you don’t have to go to Chicago or New Orleans, nor do you have to dredge through the Mississippi Delta to find the blues — because the soul of American music came from the whole South, Appalachia and all.