Storytelling is an Appalachian art form. Before the Internet, before television, before telephones and radio, before even newspapers made the scene, storytelling was one of the best forms of entertainment. People huddled together on the front porch, around a wood stove, at the general store or anywhere a few people could congregate to hear someone tell a fresh tale.

Despite all the modern devices and distractions, storytelling has not only survived, but it has blossomed in recent years. 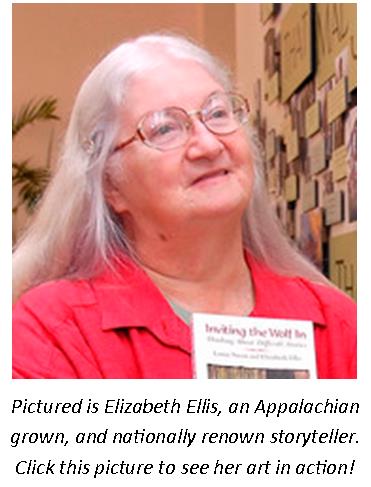 As a result, storytelling festivals and competitions have sprung up throughout the world, but especially in Central Appalachia. In fact, Jonesborough, Tennessee, is home to the International Storytelling Center.

Even though it represents the epicenter of storytelling, Tennessee is far from the only Appalachian state offering storytelling festivals. Kentucky has the Cave Run Storytelling Festival, held on the shore of Cave Run Lake, within the Daniel Boone National Forest, about eight miles from the nearest town (Morehead). First held in 1999, this storytelling fest grew directly out of the Jonesborough festival, but it’s been growing on its own ever since.

The Culpeper Tells Storytelling Festival occurs in March. It attracts veteran storytellers from throughout the region to speak to a growing audience wanting to experience an “intimate and personal form of storytelling.” One of the more recent storytelling festivals — it started in 2014 — it provides more evidence that storytelling is attracting a wider and more diverse audience.