Although Illinois now claims Mary Todd Lincoln as a daughter with a flair for cooking delicious desserts, Mary’s cooking skills hail back to her origins in Appalachia — Lexington, 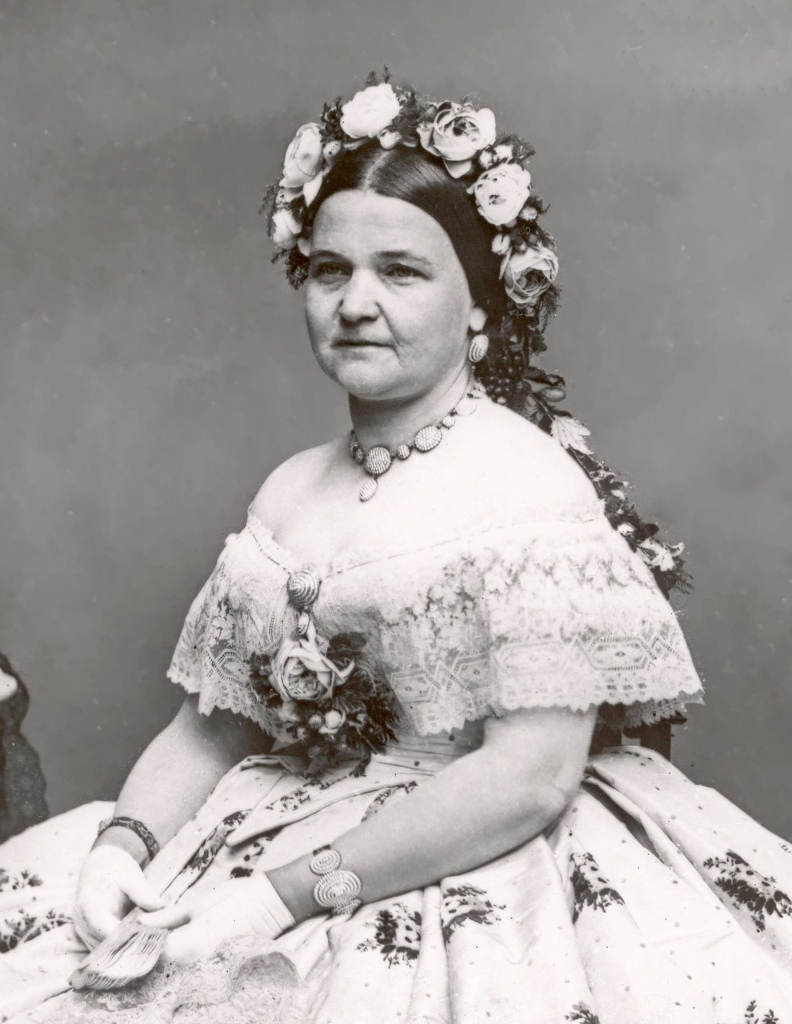 Kentucky to be precise. Mary actually brought her knowledge of Southern home-cooking and gracious hospitality with her to the Illinois governor’s mansion and finally to Washington, where she served as first lady.

Mary was raised in a wealthy Appalachian home, one of 16 children. Her father, Robert Smith Todd, was a politician and businessman who gave Mary her privilege and social standing, characteristics that Mary brought to her future husband, who grew up poor and uneducated in the Kentucky hills. And she loved a good party.

When they first married, Mary had to live on a working lawyer’s salary and often tapped into her baking and cooking skills to brighten up her husband’s long workdays. What has become known as Mary Todd Lincoln’s famous Kentucky White Cake was one of President Lincoln’s favorites. The slight almond flavors enhanced what was originally a dull substitute.

The Belle of Springfield

As Abraham Lincoln’s popularity grew in Springfield, Mary became quite well known for her lavish parties, which she later transferred to the White House. Mary’s Southern charm made her a hit with the local Illinois gentry who flocked to her parties for feasts with tables groaning under the buffet spread.

Mary especially loved to bake sweets and used her delicious cakes to try to beef up her husband’s slim physique. Mary used her almond-flavored white cake during their courtship, relying on a recipe she procured from a local Lexington baker. The cookbooks she purchased when she was First Lady are now part of the Presidential Library in Springfield.

While living in the governor’s mansion, Mary found much of her ingredients right in her backyard —copious numbers of apple trees and currant bushes. The nearby market provided her with the rest of her cooking and baking ingredients. Another favorite dessert of the Lincolns was called a Macaroon Pyramid, which consisted of a tower of macaroons drizzled with caramelized sugar. One historic reference purports that Mary bought 13 pounds of sugar in one week alone in 1849.

Mary Todd Lincoln’s extravagances earned her disfavor among critics who thought her over-the-top parties, elaborate dishes and expensive furnishings were unbefitting a sitting president in a time of war. But she never wavered in her desire to maintain her Southern Appalachian social graces, even through the deaths of hr two sons. Following the assassination of her husband, Mary lost touch with her roots, however, and never recovered. She lived for 17 years following Lincoln’s death, much of it in utter despair.

Mary’s sweet Southern Appalachian upbringing continues to delight new generations of bakers, however, with the popularity of her renowned cakes. For a treat inspired by the 16th First Lady of the United States, an inspired hostess who braved harsh critics to continue with her sweet servings, try your hand at:

Historians note that Mary often served the cake plain, with no frosting, but a basic white frosting sprinkled with almonds was also popular.

(The recipe from Lincoln’s Table by Donna D. McCreary was adapted by Janice Cooke Newman.)