Gifts given by Appalachian families in the past were minimal. A toy animal whittled out of wood was a special surprise in a sock or stocking. A few children got new shoes often ordered from a mail order catalog. However, the most common gift was an orange, an apple, a few nuts to crack and a peppermint candy stick in a stocking by the bed. Churches give out bags of fruit with oranges and apples to this day.

Appalachian people commonly celebrated “Old Christmas.” Old Christmas was a name used for January 6, which is the final day of the 12 days of Christmas. Today, this day is known as the day of Epiphany. Epiphany is a Christian festival held in honor of the coming of the three kings to visit the infant Jesus. Epiphany also corresponds to the coming of the Magi as the first manifestation of Christ to the Gentiles.

Another Christmas tradition in the Appalachians was the ringing of the bells, a show of firecrackers or more often, the shooting of guns at midnight. Bell ringing is one tradition that survived. Also during this time of year, ladies often brought out Christmas quilts or handiwork to decorate the house until January 6. 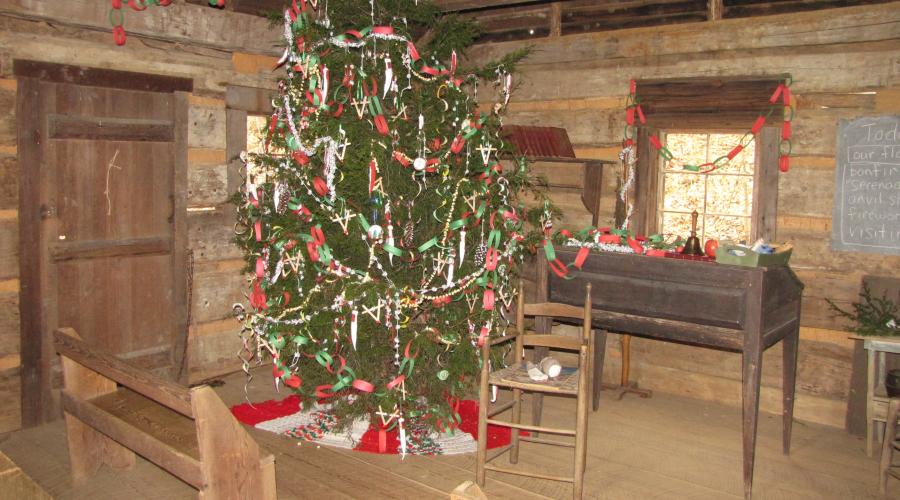 Decorations made with cedar, bittersweet and holly traditionally hung on Christmas trees next to strung popcorn, paper chains, and candy canes. Trees were decorated with scraps of cloth, apples, and cotton that made it look like snow. Irish candles in the windows were meant as an offer of comfort, to welcome the holy family into Appalachian homes, so Jesus, Mary and Joseph wouldn’t have to sleep in the stable.

The sweet dessert that the Scots brought to the New World with them was fruitcake — also known as scotch whiskey cake, 12th night cake or black rum cake. Traditionally, it was made of fruits, nuts and whiskey. Thanks to the British, mincemeat pie became an Appalachian Christmas staple. It was considered bad luck to refuse mincemeat pie when offered.

The simple foods that served as daily staples were included and embellished for the holidays. Cornbread and biscuits, smoked ham and steamed vegetables usually made up a traditional Christmas dinner. Candy, nuts and oranges were treats loved by young and old alike.

Appalachians still celebrate the holiday with lots of food and family. Some traditions are too good to ignore.