I hope you find it as amusing as my family has for generations as we pass along this and many other stories of growing up in Appalachia.

Grandpa Suddreth was a logger and “white lightning producer.” Some may have called it bootleggin’, but we believe that the two professions worked well together quite conveniently. Cutting trees to make houses and furniture and making “likker” go together, well…kind of like sittin’ and spittin’. You do one and the other comes just kind of naturally.

Grandpa Suddreth always had some white lightnin’ for sale, fresh from the still. One day, he was burying his potatoes for the winter, as they did back then to keep their potatoes from ruining during the cold mountain nights.

He dug a deep hole and lined it with straw to store them. As he was tossing the potatoes in the hole, a friend came by and told him that the Revenuers were coming. Now if you weren’t around back then, which most of us weren’t, Revenuers were law enforcement officials who tried to catch people making and selling liquor illegally.

Buried Under Their Noses 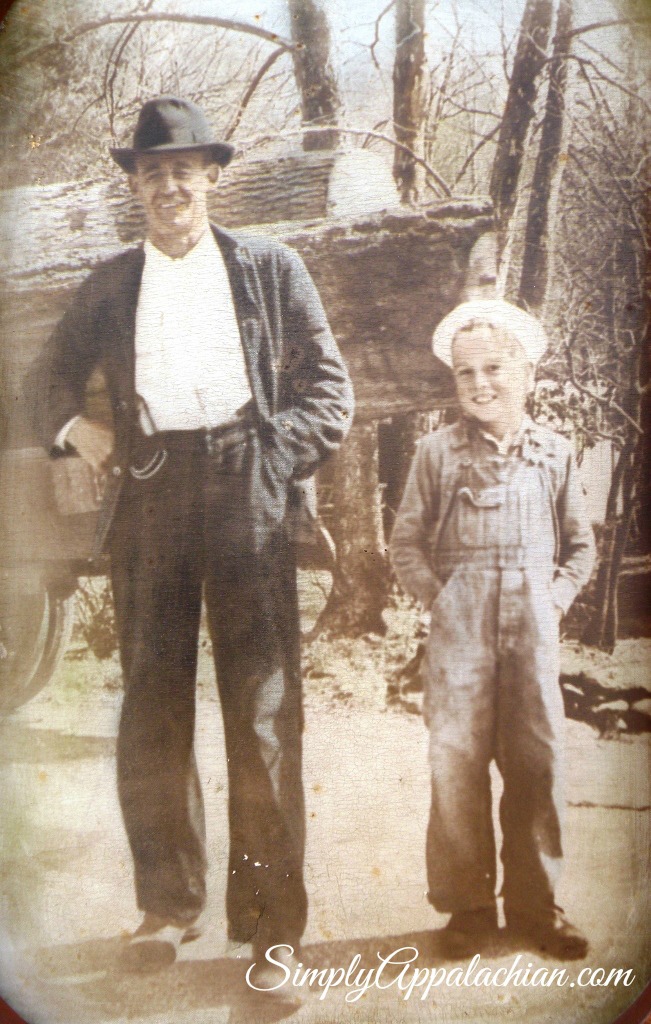 When Grandpa Suddreth got word they were coming, he gathered up all the bottles of white lightning and hid them under the potatoes. When the Revenuers arrived, Grandpa was working away, covering those potatoes. He kept right on shoveling as the persistent Revenuers looked and looked. They turned over every nook and cranny around the house and in the barn but they never did find those bottles.

Instead, they tipped their hats and said, “You sure have got some pretty potatoes this year.” Grandpa smiled back and simply said, “Thank you,” while he continued to layer hay, dirt and tin over his prize potatoes. The Revenuers got in their car and went on down the road, and Grandpa kept his white lightnin’ free that day, thanks to the multi-taskin’ lightnin’ mind of ol’ Grandpa Suddreth.